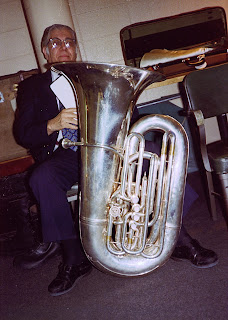 Interesting to see the “6/4” piston valve CC tuba becoming “the standard” around the World. When the “Original York” was created by Pop Johnson for Phillip Donatelli of the Philadelphia Orchestra, Donatelli found it difficult to fit on the chair with his considerable girth. So he recommended it to his student at the Curtis Institute, Arnold Jacobs. At Curtis, Arnold auditioned to play string bass but when the teacher, in broken English, asked him to play a minor scale, Arnold played the C minor scale. The teacher, wanting the A minor scale, rejected him. And so Arnold spent more time with the tuba. The orchestra director at Curtis, Fritz Reiner followed Arnold to the Pittsburgh Symphony and then the Chicago Symphony. And so the 6/4 York was the tuba sound with which Reiner was most familiar. Bottom of Form
Only two of those “6/4” CC tubas were built before York went out of business. Although Frank Holton, who shared many parts with York built his version in the 50’s, it was not exact so the York was not an available tuba. When I studied with Mr. Jacobs in 1968-72, we referred to his tuba as “5/4”. Now it is referred to as “6/4”. The tuba hasn’t changed. It is an arbitrary moniker based on perspective.
Anyway, it is a fascinating story of how the standard sound of the tuba has changed. Then there is the story about why the CC tuba (America only) and August Helleberg.  Another story. 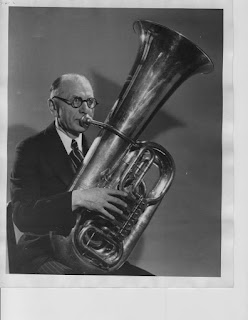 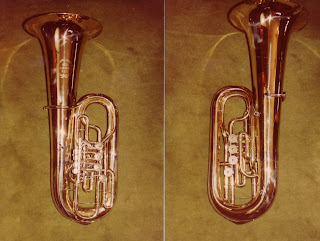 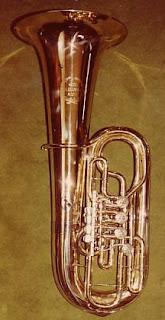 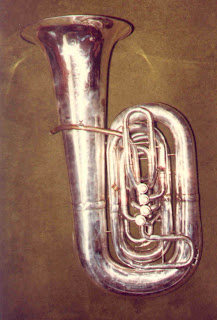 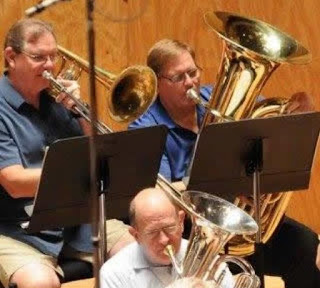 After trial and error with different tension straps, players often see the wisdom of my original setup. Two, THREE or four small white rubber bands. There is security in numbers. Should one fail there are two more. They have the preferred tension and response. BTW I tried clock springs and 100 players who tried both preferred the 'tension strap'. So there you have it. Q. But where do you get those little white rubber bands? A. They can be found many places. One of the easiest is horse grooming for braiding mains. Here are a few sources averaging $5 for 500: http://www.ozarkleathercompany.com/Braiding-Rubber-Bands-p/1935p.htm http://tacktraders.com/mane-and-tail-braiding-bands-rubber-bands/ http://www.wyotackroom.com/braidingbands.html http://www.sstack.com/grooming-supplies-banding-braiding-supplies/Schneiders-Braiding-Rubberbands/?utm_source=google&utm_medium=paid_search&utm_campaign=paid_search_google_pla&scid=scplp519739&gclid=CjwKEAjw9Zu5BRCS_OuVibujhQ0SJAD7t4KrWfxLfiUwAM_z0n6mQ9QwXCIJVZvhrYxUZXJsP1dMBxoCln_w_wcB 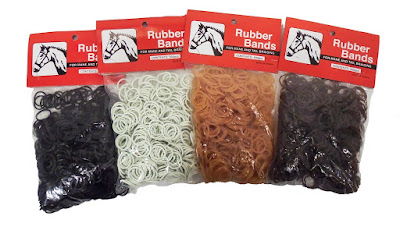 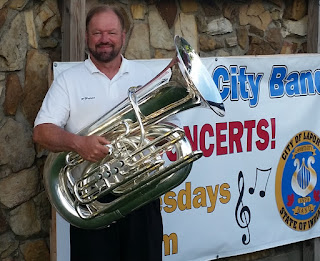 Well...I have now used my 845-16 in two concerts, and I am most happy with my purchase! My first chair alto saxophone player even commented on the difference in the sound just out of the blue. The sound is very clear and focused, the horn has a really nice pop to it, and is comfortable to play. The York was, and is, a great horn, but this one takes less effort to get a better result, especially in the low range. My "west coast" low range, which had all but disappeared for a long time, is well on its way back to normal. Playing is so much fun, I really feel like practicing all the time (I know, right?)-like a good book, it's hard to put down. Thank you for your flexibilty in helping me purchase this tuba. It's a definite advancement for me. You make a terrific product! 7/22/15 Regards, Richard Watson Prof. of Low Brass Valparaiso Univ.
Posted by Richard Barth at 4:21 AM 18 comments: