March has been an action packed fun filled month of adventure, excitement, disappointment and more excitement. 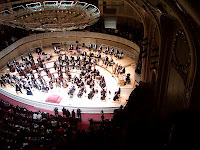 The first weekend I went to Chicago and heard Gene Pokorny play Das Lied von Erde on my Gemeinhardt F tuba. A week later I was off to Cleveland where Ron Bishop and his students tested the F for purchase at the Cleveland Institute. Then down to Muncie, IN where Gene Pokorny played a recital at the invitation of tuba instructor Mathew Lyon. Mr. Pokorny played ‘my teacher’s old York, LOL, aka ‘the’ York, as well as my Gemeinhardt F. More on that later.
Then off to China to see the sample of the J-845 CC tuba. This is where the disappointment came in. It wasn’t ready. But we ironed out some design details, started a new mouthpiece to include with the tubas, started design of a 6/4 tuba and have a production schedule for the J-845, J-844 and J-744 tubas.
I also did some design work on an ergonomic Euphonium and approved new rotors for our French horns and worked with the trombone slide maker.
Knowing I am a vegan, my host treated me to a vegetable stir fry at the factory. Wok this way. Pictures attached. See March 2012. 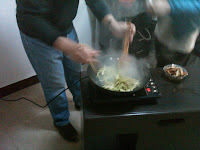 Update on the BBb and CC tubas.
The full size J-744 big BBb sample tuba will be done April 30 and in US by May 15 for approval.
The full size J-844/845 big CC tuba sample will be done May 15 and in US by June 1.
If samples are approved, production instruments will be in U.S. approximately August 1.
I did play test the ¾ CC tuba and loved it. ¾ is for sure an inadequate description. The bore is .730” which makes it larger than a 36-J. The bell throat is as large but flairs only to 16” making it more a compact tuba than true ¾ tuba. This is by design in part so that the BBb version matches school bid needs for a middle school tuba. The CC is more open as you would anticipate. Available in 4 or 5 valves in silver or lacquer, I have one on the way to test the waters. This one will be 4 valve lacquer. Street price in this configuration is only $4303. It believe it will be a perfect solo and quintet tuba large enough to hold its own in most large ensembles. I hope you can try one and give me input about its potential. BTW it fits in a small MTS case making it a great travel tuba.
More F tubas and EEb tubas are in production. I still expect them in late April or May.
Posted by Richard Barth at 5:13 AM 3 comments: